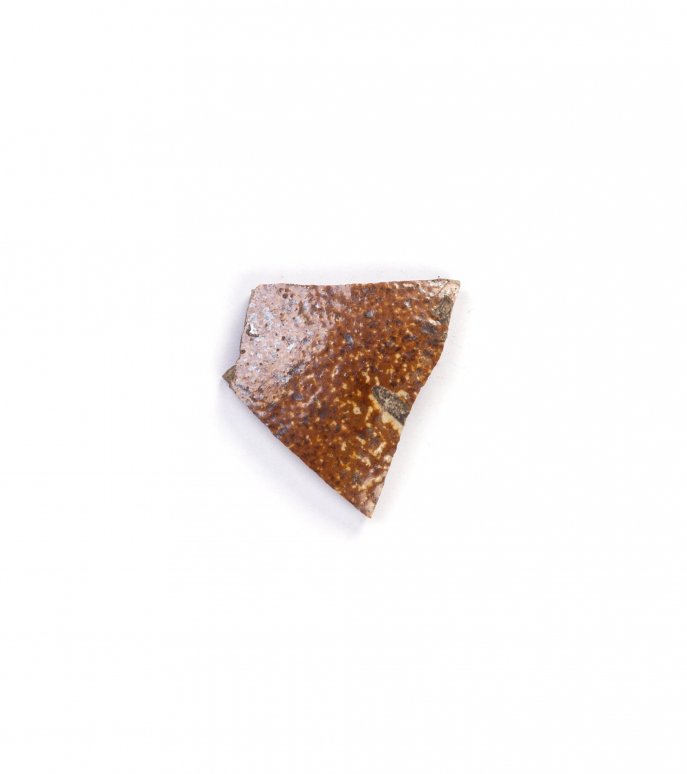 All of the pot fragments found on-site are from different times in London’s history. The glaze and clay body of each ‘shard’ tell a story about our city’s technological, social and economic history, to those who have the knowledge. I’m no archaeologist, often relying on guesswork. I would love to think that this is one of those Bellarmine jugs, with the bearded man’s face incised into the surface, but it is more likely to be a sewer pipe or pantry jar.

In any case it’s a salt-glazed piece of stoneware pottery, and the ‘orange-peel’ effect is the result of salt, thrown into the kiln during the hot part of the firing, which vaporises. The vapour reacts with the silica in the clay, forming a mottled glass, not a true glaze, but a glassy reaction of the clay itself. London was one of the major producers of salt glazed stoneware but had to stop because of the perceived air pollution it caused, each firing creating chlorine gas that reacted with the atmosphere to form hydrochloric acid.

This reaction is what happens in our bodies – salt (made from sodium and chloride ions) dissolves in water and bonds with hydrogen to form your stomach acid, (hydrochloric acid), leaving behind the sodium which keeps your body’s fluids in balance.