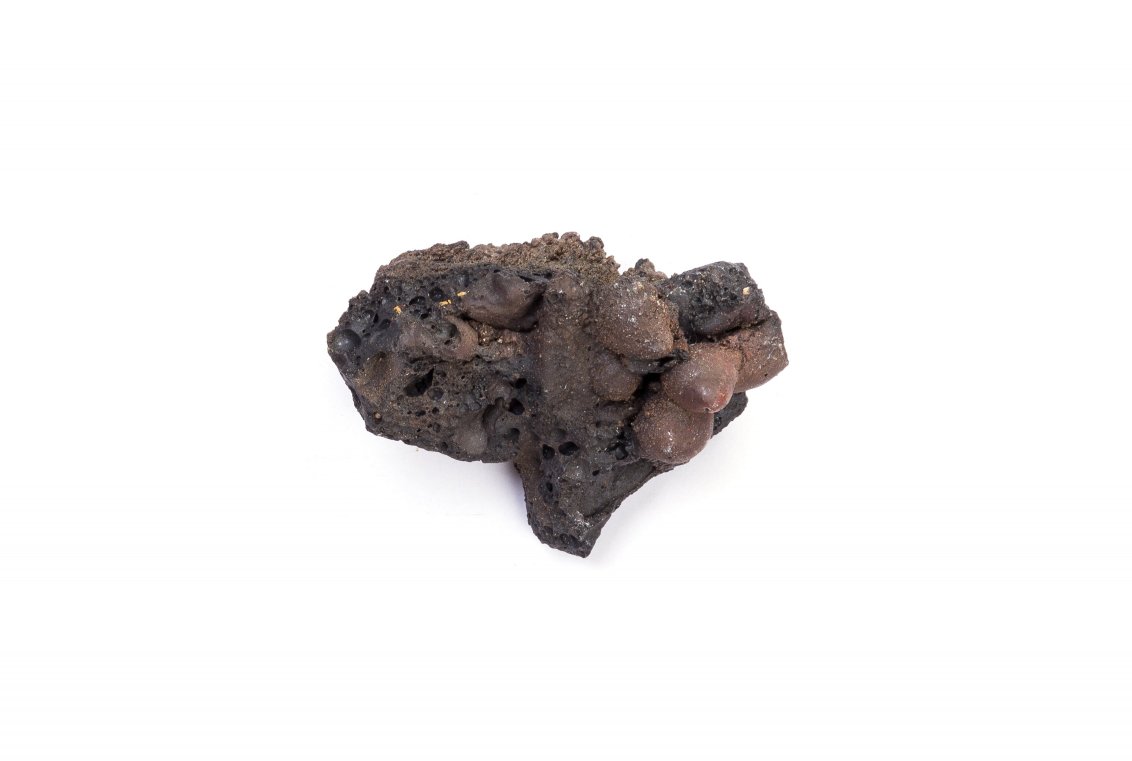 This molten bubbly rock chunk was one of the first materials I picked up on site, and it sent my mind racing about the history of the place, and the many transformations it’s been through. I interpreted it as a chunk of melted church. I don’t know if it really is.

Before the 19th Century, Bethnal Green was quite genteel, with big houses and market gardens which served the city, but as the population grew, it became one of the most notorious slums in London, with a shockingly high infant death rate. To try and improve conditions a church was built – St Jude’s, which housed a soup kitchen.

In the Second World War, the church was bombed and then demolished, leaving a pile of rubble which became a rubbish-tip. It was cleared in the 1970s and left as a nature reserve. It has been fenced off ever since, preserving its material history intact - the subject of my urban mud larking activities and fascination with the site.

This melted piece of rock may well have been formed in a bomb blast, freezing a moment of destruction, liquidising and foaming the solid brick into this volcanic-looking object. A memory of a moment in material.

The site itself holds power. Religious buildings are often built on an earlier religious site. For instance, an ancient yew tree in the grounds of a church can be an indication that it was also a pre-Christian sacred place. Excitingly, this site is now an artist and community-led project, a habitat for bats, foxes, newts, squirrels and birds, a medicinal herb garden and a cultural melting-pot.

My lump of melted church reminds me that our city is still in flux and can be what we make it. It ties us to the foundations of this planet, the substance we all inhabit – a lump of molten rock.